Estonia’s e-resident population has grown considerably since then to about 50,000 people from 157 countries who have established around 6,000 new companies though the programme. Approximately half that growth took place in 2018.

One indication of this growth is the amount of tax revenue that e-residents contribute to Estonia. This is actually only a small proportion of the total contribution that e-residents make to the country because many e-residents do not owe taxes to Estonia anyway, but do generate increased business for other Estonian companies. However, companies established by e-residents have now paid approximately €10 million in direct taxation to Estonia — and two thirds of that amount was paid just in 2018.

We are now busy getting ready for the most exciting development yet, which takes place later in December (so there’s no time for a birthday party tomorrow!). Estonian President Kersti Kaljulaid is unveiling the whitepaper for e-Residency 2.0 before the end of the year to set out proposals for how Estonians and e-residents can be given even more opportunities to benefit from the programme.

And that’s not the only major milestone we hope to update you on by the end of the year. Estonia’s Parliament is also currently debating legislation (currently in its final reading) that would eliminate the requirement to use an Estonian bank when registering share capital from the start of next year. That would considerably widen the choice of business banking for all Estonian companies by enabling them to conduct all business activity using any credit or payment institution across the European Economic Area. E-residents will still be able to open bank accounts in Estonia if they meet the banks’ requirements (such as by having a company with connections to Estonia or by running a single shareholder company with trackable income), but this change would remove the barrier that requires Estonian companies to open an Estonian bank account just to register share capital.

If that’s not enough, we’re also working hard on a number of new initiatives, including the development of community features for Estonians and e-residents, which will be scaled up throughout 2019, following a trial that took place this year.

For now though, we’re just going to mark our birthday by sharing four facts about e-Residency that you might not have heard before.

1. Former US President Barack Obama has an Estonian ID card 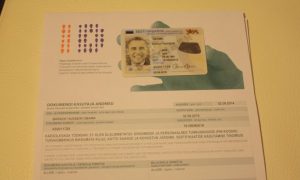 E-Residency is the status that Estonia provides to people who are neither citizens nor residents of our country, yet still value access to our e-services and other benefits of having an Estonian digital identity such as digitally signing documents.

Edward Lucas was the first e-resident, but interestingly he wasn’t actually the first person to receive an Estonian ID card without being a citizen or a resident.

While serving as US President, Barack Obama visited Estonia in September 2014 (just before the launch of e-Residency) to further enhance the strong relations between our countries.

During his visit, he learnt about Estonia’s ongoing digital transformation into ‘e-Estonia’ and was particularly impressed with how Estonian digital ID cards are used to access almost all government services, as well as a vast number of private services. He even quipped during a press conference that he “should have called the Estonians” while setting up his healthcare website.

Those words were so warmly received by Estonia’s digital startup community (affectionately known online as the #estonianmafia) that they’ve been immortalised on the wall of Lift99, a coworking space in Tallinn (and now Kyiv too) that describes itself as the home of the #estonianmafia.

As reported by the Estonian newspaper Postimees, President Obama asked so much about the digital ID cards during the visit that, as he was about to board Air Force One to fly home, Estonian President Ilves handed him an envelope that contained his very own Estonian digital ID card. 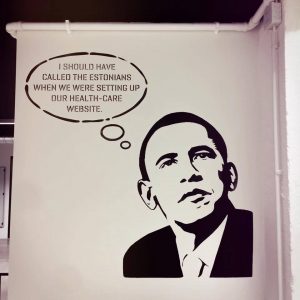 This was two months before the e-Residency programme was launched so President Obama’s digital ID card was issued in the same style as the cards provided to citizens and residents of Estonia (which include a picture because they work as both an online and offline ID). His card also has ‘specimen’ written across it though, which would have been the only legal option at the time to provide a non-resident with an Estonian digital ID card.

President Obama’s Estonian digital ID card was more than just a parting gift. It was forerunner for how e-Residency would help our digital nation make more connections around the world.

2. The e-Residency office was an abandoned paper mill

When e-Residency was launched, the programme was based at a couple of spare desks in the back room of the e-Estonia showroom. As the e-resident population grew though so too did our team and we moved to our own office last year. 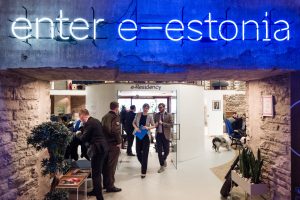 Our office did in fact used to be a paper mill, although it was abandoned until regeneration work began in 2004. Back then, it looked like this: 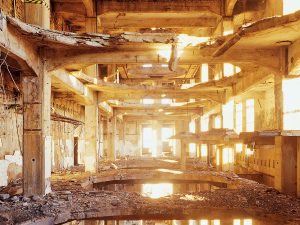 Fortunately, we need far less paper in e-Estonia. The widespread use of digital signatures is estimated to save our country a stack of paper as high as the Eiffel tower each month — as well as a week of work per year!

This paper mill closed down before Estonia became a digital nation though. The collapse of the Soviet Union coincided with a period of industrial decline, which led to the closure of many factories like this. It was actually that turmoil that played a key role in spurring the need for digital transformation.

We now have a diverse team of men and women from Estonia and around the world working within these walls and you can still see some of the marks around us for where machinery was — including one of those giant circles above our heads for where the wood chips were pulped.

If you visit Estonia then you’ll be able to visit many other former factories like this that have now been given a new lease of life by local entrepreneurs, such as Telliskivi Creative City or Kultuurikatel, which was the base for Estonia’s EU Council Presidency last year. 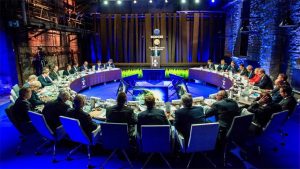 3. Estonia has been making friends beyond its borders for 100 years 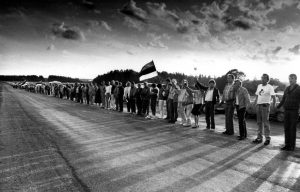 Estonia has provided digital identities and ID cards to its citizens and residents since 2002. As a result, interacting with the government online or running companies online from anywhere in the world is already considered a normal part of daily life for us. That’s why Estonians were the first to realise that if they can do this then the logical next step is to share those opportunities with more people around the world who aren’t already connected to our country.

This idea of connecting with people beyond our borders is as old as Estonia itself though. Our fourth birthday takes place during the centenary of the Republic of Estonia and our country has been making friends globally for the same amount of time.

The Foreign Ministry is the only part of the Estonian state that has operated continuously during the past 100 years because, even during the Soviet occupation, diplomats abroad continued to work in their posts and build the friendships that have helped contribute to Estonia’s success today.

Just like those friends in the past, Estonia’s e-residents make a large contribution to our country and not just financially, such as when they conduct business with other Estonian companies, but also by helping share Estonia’s culture and values with more people.

We can’t reveal what will be in the e-Residency 2.0 whitepaper, but all of us understand that creating more connections between citizens, residents and e-residents will always be fundamental to helping more people in our digital nation benefit from the programme.

4. Estonia is no longer the only country to offer e-Residency

This year, Azerbaijan became the second country after Estonia to issue e-Residency.

In addition, we understand that several other countries are in various stages of deciding whether to launch their own e-Residency programmes — while officials from many more countries regularly visit Estonia to both learn and share lessons about digital development.

The reality is that all countries seek friendships beyond their borders with people who are neither citizens nor residents. The difference with e-Residency is that Estonia has a digital ID system that can connect people from anywhere on Earth and add more value to that relationship. As a result, e-Residency is not just a programme. It’s an official status and its success is based on the fact that it’s a national initiative in which Estonia’s public and private sector works together to serve e-residents.

More choice of e-Residency is good for everyone and it also provides us with more opportunities to connect our programmes and other services across borders.