“This former industrial area in Estonia’s capital has been revamped with bars, boutiques and galleries, along with several festivals” by Delle Chan

With its gothic spires, pastel-hued houses and cobbled streets, Tallinn’s Unesco-listed Old Town is undeniably a classic destination – and it’s also where most visitors head. However, if you don’t follow the crowds and, instead, turn left out of the main station (Balti jaam) and head north, you’ll find a different energy in the neighbourhood of Kalamaja.

In the 14th century, Kalamaja (fish house in Estonian), on Tallinn Bay, served as the city’s primary harbour. Then, in the 1870s, with the advent of the railway connecting Tallinn to St Petersburg, the district evolved into a manufacturing hub. Today, it is undergoing a revival – with many of its Soviet-era industrial buildings being converted into restaurants, shops and galleries – and is by far the most dynamic neighbourhood in the compact Estonian capital. 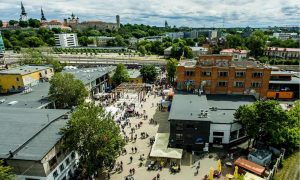 Kalamaja is perhaps best-known for Telliskivi Creative City: a complex of disused factories that now houses more than 200 independent businesses. Among them is La Muu, which makes organic ice-cream in inventive flavours such as lemon ice and poppy seeds, and raspberry prosecco; and Püant Books, with a small but tastefully curated selection of fiction, poetry and art books. There’s also F-hoone, a restaurant credited by many as the catalyst for the neighbourhood’s transformation. Music posters paper its walls and there are numerous vegetarian and vegan offerings on the menu (falafel, rocket and quinoa salad with cashew cream €8.20; breakfast from €2.50, mains from €7.20).
• telliskivi.cc 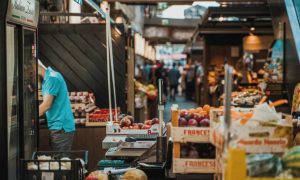 Once a market with an unsavoury reputation, Balti Jaama Turg has cleaned up its act since reopening in May 2017. Today, you’ll find an abundance of local produce at the revamped three-floor complex, from hefty slabs of beef to dainty jars of caviar. There’s also a cluster of street food stalls dishing up wallet-friendly eats: Baojaam’s Taiwanese steamed buns, with fillings such as chicken, squid and aubergine (€7 each) are particularly popular. Upstairs, the clothes and antiques market is a bit of a mixed bag, with vendors hawking everything from authentic handicrafts to inauthentic sneakers.
• en.astri.ee/bjt 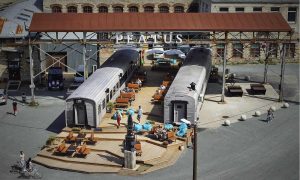 Depoo, round the corner from Balti Jaama Turg, has a distinctively old-school Soviet flavour. Rifle through its secondhand stalls for bric-a-brac, such as posters and military memorabilia, before grabbing a bite at one of the kiosks around the premises. Sample Indian street food at Spice Wagon (from €8.30) or fish and chips at Päästke Willy (€7). Alternatively, continue the Soviet theme at Peatus, two decommissioned train carriages transformed into an atmospheric restaurant-bar; the pulled pork burger with kimchi mayonnaise (€8) is a crowd-pleaser.
• en.astri.ee/depoo

Formerly a submarine shipyard, Port Noblessner is now making waves as a leisure destination. One of its first tenants is Põhjala, a craft brewery led by Brewdog alumnus Chris Pilkington. Its taproom has an array of brews, from Kosmos (a juicy, citrussy IPA) and Õhtu (a chocolatey porter) to Loojang (a complex barrel-aged barley wine), with half-pints starting from €3.50. It’s a delightful place to drink, with a suntrap of a balcony and live music in the evenings. Brewery tours (€10pp) run from Tuesdays to Sundays and there’s a shop where you can pick up bottled beers, T-shirts and Põhjala-branded merchandise.
• pohjalabeer.com 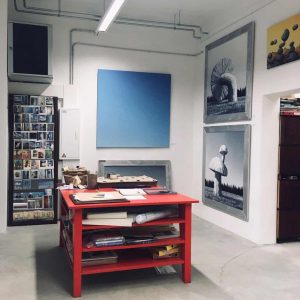 Also in Noblessner (and next door to Põhjala), this compact space is dedicated to works by the eponymous Estonian artist. His artistic style has been broadly described as naivist and surrealist, and his paintings are certainly fantastical: colourful, cartoonish landscapes dominated by oversize mushrooms and eggs, often juxtaposed against miniature animals. There are original works for sale, but if they won’t quite fit your luggage or budget, there are also prints, postcards, books and badges to buy.
• navitrolla.ee 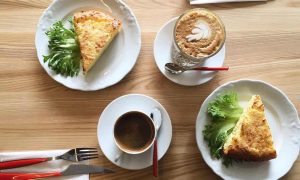 This 25-seater basement cafe is a hit at weekends with locals, who head here – dogs in tow – for brunch (dishes from €6.90), such as fry-ups, omelettes and shakshoukas (eggs poached in tomatoes and chili). There’s also a selection of freshly baked goods, including croissants and buckwheat banana bread, while coffee (from €2.50) comes courtesy of Dutch roasters Friedhats and Lot Sixty One. Decor-wise, it’s decidedly offbeat, with colourful plates on the walls and animal-shaped lamps on the windowsills. 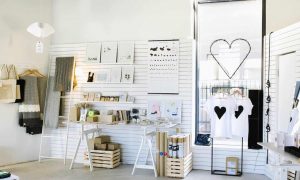 This is possibly the best place in Tallinn for gifts and souvenirs. Whitewashed walls and bare concrete floors set the stage for Tali’s covetable wares, which bring together the best of local design: clothes from August, geometric jewellery from Lisa Kroeber and homeware by Liisu Arro, to name a few. But it’s not all made-in-Estonia: you’ll find stylish sunglasses from Paris’s Izipizi, waterproof backpacks from Denmark’s Rains and stainless-steel flasks from Italy’s 24Bottles.
• talidesign.eu 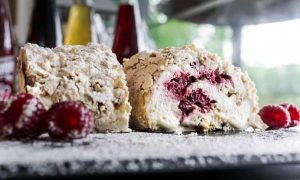 This homely cafe-bakery at the foot of a residential block is a neighbourhood favourite, and for good reason. Here, owner Angeelika Kang whips up bakes (from €2.50) such as the napoleon, a Russian puff pastry confection filled with custard; the brita, a summery Finnish cake layered with whipped cream and studded with berries; a zingy passion fruit and mascarpone cake; and macaroons (€1.50 each) in a rainbow of shades. If the weather’s cooperative, bag a seat outdoors.
• levier.ee

Every corner of this plant-strewn, light-filled store looks like a Pinterest pick: from the tables and shelves stacked with Scandi-chic homeware to the cafe serving grilled sandwiches (from €3.50) and coffee (from €2.50). Splurge on candles from AYTM, sleek lamps from Pholc, blond-wood trays from Woud, scented lotions from Meraki, and more. There’s a range of furniture for sale, too, such as marble side tables and velvet lounge chairs.
• nordicdesignhome.ee 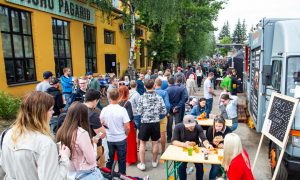 Kalamaja hosts several festivals every year. Telliskivi Creative City 10 (26 April-5 May 2019) celebrates the complex’s 10th anniversary with 10 days of art, music, theatre, dance, film and more. Kalamaja Days Festival (18-19 May 2019) is a mega block party with concerts, plays and markets throughout the neighbourhood. At Tallinn Street Food Festival (8-9 June 2019) there will be more than 40 vendors dishing up anything from burgers to buddha bowls; there’ll be workshops and cookery classes, too. 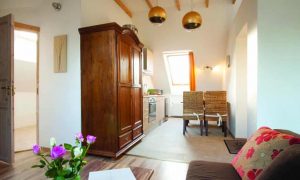 Kalamaja is known for its colourful clapboard houses, which once accommodated the neighbourhood’s factory workers. One of these has been converted into Baltic Boutique Apartments (from €69), offering six one- and two-bedroom flats – enlivened with artsy posters and splashes of colour – roughly halfway between Telliskivi and the Old Town.

Published by “The Guardian “